Utilities and Services in Bahraich 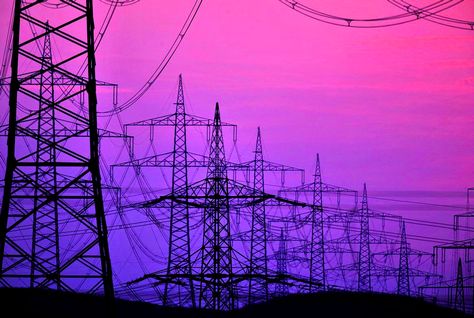 Bahraich is a beautiful district in Uttar Pradesh with dense forests and ever flowing rivers. It has been a region of great importance from the pre-historic period to the Mughal and British era. The reflection of the history of Bahraich can be seen across the city. Though the city is blessed with abundant natural resources, it is yet to be in par with the developed districts such as Lucknow, Kanpur, etc. However, basic amenities and infrastructure are there in Bahraich to meet the everyday requirements of its people.

Local governance of the district is very well carried out by this institution. It is also known by the name Urban Local Body. This institution is formed as per the provisions in the Constitution of India. Nagar Palika Parishad in Bahraich is primarily responsible for the setting up and maintenance of the basic infrastructure in Bahraich. Water supply network, road network, street light network, hospitals, drainage, market places, fire brigade, solid waste management, records of birth and death, etc are the main duties that come under Bahraich Nagar Palika Parishad.

Uttar Pradesh Power Corporation Ltd (UPPCL), an Uttar Pradesh government undertaking, is responsible for the transmission and distribution of electricity in Bahraich. As per the electricity act of 2003, four new companies are created for distribution of electricity. And Bahraich receives electricity from the Lucknow Discom (distribution company) known as Madhyanchal Vidyut Vitaran Nigam Limited (MVVNL). Discoms are further divided into zones and circles. For domestic consumption (upto 4kw), people can contact the substation. A toll free number 1800-800-8752 can be contacted for any enquiries or complaints. The registered office is in Lucknow at 4-A Gokhle Marg. Ph. No- 0522- 2208737.
Email: info@mvvnl.in
Website: www.mvvnl.in

Land Water
Majority share of the land water in Bahraich is from the rivers Sarayu, Ghaghra, Kautilya and Rapti. In addition to these ever flowing rivers the district has various ponds and lakes which contribute to water supply for both domestic and irrigation purposes.

Ground Water
Water resources are abundant in Bahraich and as a result, the ground water level is sufficiently high and can be found at a depth of normally 60 to 70 feet. 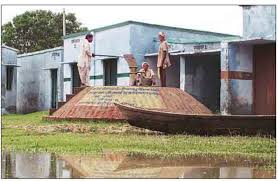 Uttar Pradesh government has initiated Rural Piped Water Supply by dividing the state into 6 zones; Agra, Allahabad, Ghaziabad, Gorakhpur, Jhansi and Lucknow and Bahraich come under the Gorakhpur zone. The project was initiated after the Independence for safe and portable drinking water to rural areas. And with due modification as per the necessities the project continued.

Hand pumps were installed for domestic use and bore wells for irrigation. Bahraich has more than 43000 hand pumps. However, being a highly flood-affected region, when the villages get submerged in floods people are not able to use the pumps for drinking and cooking purpose. To mitigate this problem for sanitation during the floods the district administration has come up with flood-proof hand pumps which are designed to be installed in an elevated platform. A large number of these hand pumps are already installed and this project is still in progress.

The rivers have religious importance and they are the major source of drinking water as well. River water is subject to pollution due to direct discharge of sewage water to rivers. To avoid this, treatment of sewage water, before being dumped into the rivers, is being done by the Uttar Pradesh Jal Nigam.

Bahraich has enough number of banks with multiple branches throughout the district. Bank of Baroda, State Bank of India, Allahabad Bank, Axis Bank, Punjab National Bank, HDFC, IDBI, Gramin Bank, Allahabad UP Bank. etc are the major banks with multiple branches in Bahraich. There are 81 commercial banks, 74 rural product banks and 38 co-operative banks in Bahraich. Being an agicultural region, banks play a very important role in financing the agriculture sector of Bahraich. Seeds and fertilizers are distributed and corp loans are provided by banks to farmers in the district.

Post offices also play an important role in the life of people in Bahraich. There are 277 post offices in Bahraich. Apart from post offices, there are other providers for parcel and courier services as well. With the development in communications and technology, exposure to press and media has tremendously increased in Bahraich especially in the last decade. All major newspapers and television networks are also available in Bahraich.