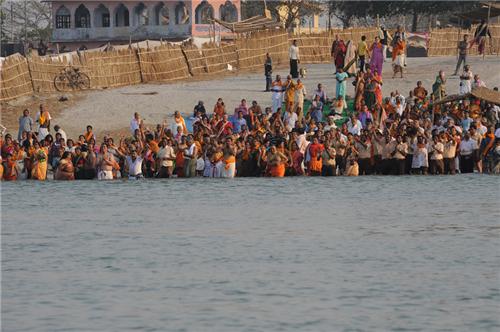 Bahraich, an ancient city which has got significant historical importance, is located in the state of Uttar Pradesh at approximately 125 kilometers from Lucknow, its capital city. This city is on the banks of river Sarayu, which is a tributary of Ghaghra. Bahraich was named Brahmaich earlier with regards to a story related to Lord Brahma on its origin. Bahraich is a region which shares international boundaries with Nepal. And it has local boundaries with the towns of Sitapur, Barabanki, Lakhimpur, Gonda and Balrampur. The official languages in this region are Urdu and Hindi. Muslims are majority in this city followed by Hindus.

Bahraich is a region which has extreme climatic variations throughout the year. Though generally the district is hot and humid, temperature can vary between 44oC and 5oc. January is the coldest month and may is the hottest month of the year in Bahraich. July is the month in which it receives most of the rainfall. The region has got most clear whether during the months of September and October. The average rainfall is 1125 mm.

Bahraich is situated on the banks of this river, which has origins in the Himalayas. It is a tributary of the Ganges. However, Sarayu forms at the convergence of Ghaghara and Mahakali in Bahraich and it flows through Uttar Pradesh and Uttarkhand. It has a length of 350 kilometers and source elevation of 4150 meters. The basin area of this river is in Eastern Kumaon – Western Nepal. Sarayu has significance from the ancient times and it has been mentioned in the Vedas and Ramayana. Thousands of devotees take holy dip in the Sarayu river on the auspicious day of Rama Navami, the day Lord Rama was born.

Type of Soil in Bahraich

Especially being situated on the banks of the River Sarayu which originates from Himalayas, the soil in Bahraich is very fertile. The main occupation of the people in Bahraich is agriculture and it was one of the most noted markets during the British period. The land is green throughout the district. Domat, Light Domat, Matiyar and Balui are the major types of soil in Bahraich.

Majority of the land water is from the rivers Sarayu, Rapti, Kautilya and Ghaghra. Besides these ever flowing rivers there are various lakes and ponds as well in Bahraich.

Due to the abundant water resources, the level of ground water in Bahraich is sufficiently high. Water can be normally found at a depth of 60 to 70 feet.

Dense forest areas are one of the specialties of Bahraich. According to 2010-2011 data, Bahraich has 67926 hectares of forest cover and this constitutes 13.97% of the total area of the district. Teak, Shisham, Eucalyptus and Khair are the trees which are abundantly found here. These woods are ideal for making furniture and building work and, hence, many factories for cutting and transporting wood is located in and around the region. Guava and Mango are the major fruit trees found in this district in abundance.