Along the Nepalese border of Uttar Pradesh, lies cradles the small town of Bahraich. For a town that is known for its second largest grain market, or Galla Mandi in all of Uttar Pradesh, it should come as no surprise that the locals of this region sure have a keen sense of (both growing and eating) food. 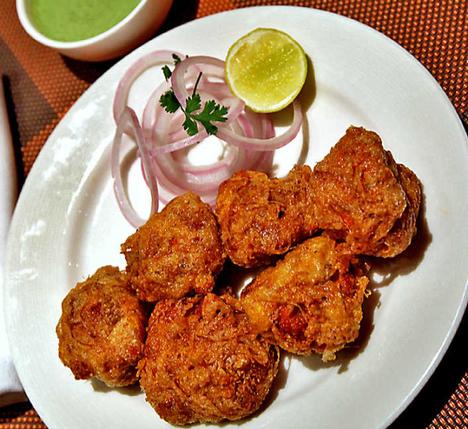 However, since Bahraich is also mainly an agriculture-driven economy, it lacks the stately charm of more prominent cities like Lucknow, famous for their Awadhi cuisine. The cuisine in Bahraich in that sense has no distinct flavour of its own, but owing to its location that falls in the precincts of the Awadhi region, it has a heavy Lucknowi influence on it, although the two towns are removed by a gap of some hundred and thirty kilometres.

The regal and rich Nawabi culture of relishing food, endemic to the Awadhi region is found in Bahraich. Rich, lip-smacking biryanis, savoury kebabs grilled to perfection and breads baked to their finest are some of the specialities in Bahraich in terms of food. Only the aroma of Awadhi korma and chicken curry can send the foodie’s tastebuds into a tantalizing mode, and the good news is, in the lanes and bylanes of this town, this aroma wafts through the air quite often. Soft and succulent mutton being simmered slowly in the typical nawabi “dum” fashion is also a delightful sight one can hope to witness here.

The one place that has earned itself a name for dishing out some mouth-watering Awadhi delicacies is the Kababchi Gali in Bahraich - indeed a must visit for any Kebab-lover! In fact, if you’ve been sceptical about trying kebabs till now, your trip to Bahraich’s Kababchi Gali might just be the push you need!

Some Well-Known Restaurants in Bahraich

Apart from the Kababchi Gali, there are few other places to eat that can match its popularity. However, there are a number of restaurants frequented by locals in the district.

Sanjha Chulha Restaurant in Brahmipura, Bahraich is a good option for those wanting to try North Indian food in a humble setting. A Lotus the Food Plaza near Goverment Inter College, Chawni is also a popular choice for a similar cuisine.

Makhan Bhog near District Hospital in Bahraich is a humble eating joint loved by the locals.

Foodies with a sweet tooth can head straight to Raj Sweets in Chowk Bazaar near Clock Tower to enjoy some delectable jalebis and mithai.