Uttar Pradesh is a state which is very rich in its vibrant culture from the Mauryans, Mughals, British etc through the ages. And Bahraich is also rich in its culture whether it is in the architecture, craft, art, religion, language, food etc. With its close proximity to Lucknow, Bahraich is not in the front lines of development and commercialization. However, with the resources available in Bahraich there is great scope and it’s an untapped market. The people of Bahraich lives close to the nature with more than 80 percent engaged in agriculture or related sectors. 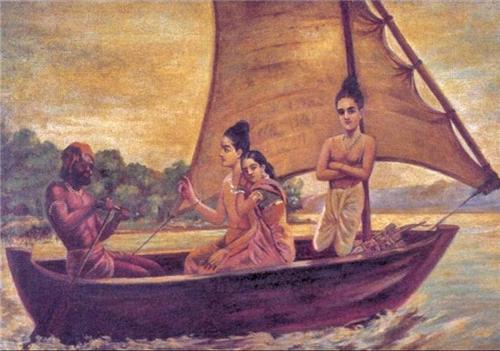 Most of the people in Bahraich speak Hindi and Urdu. Islam is the widely practiced religion in Bahraich followed by Hinduism, Christianity, Buddhism, Sikhism and Jainism.

Art and Craft in Bahraich

Various styles of architecture can be found in Bahraich. The influence is mainly from the great historical importance to the state of Uttar Pradesh through all the ages. There are architecture built in the Hindu and Buddhist styles and monuments and memorials of Indo-Islamic architecture. Salar Masud Mausoleum, Sangharini temple and other Budhist temples are good architectural wonders. Sravasti, a very well known Buddhist destination is near to the district and was once part of Bahraich before it was made a separate district in the Devipatan division. Sharqi and Awadh styles of architecture are also remarkable. Certain British architecture can also be seen in the district. Ghantaghar is a great example for this. All these stunning architecture has evolved through ages with the lives of people in Bahraich from time to time.

Bahraich celebrates all the festivals which is celebrated in India and especially in the state of Uttar Pradesh such as Karva Chauth, Id, Christmas, Holy, Ganesh Chaturthi, Muharram, Ramzan, etc. However, there are fairs and festivals which are widely celebrated in Bahraich than any other regions in the country.

In the Mausoleum of Salar Masud, which is an architectural wonder, a large fair is conducted in the months of May and June which is attended by thousands of people mainly from across Uttar Pradesh and neighboring states. The place of great religious importance to Muslims.

Sarayu is a holy river to Hindus and this river is formed at the union of the rivers Ghaghra and Sharda in Bahraich. Sarayu has mentions in the ancient Vedas and puranas and Ayodhya, the land of Lord Rama is situated on the banks of Sarayu. And hence thousands of devotees take holy dip in the river on the auspicious occasion of Ram Navami, which is the birthday of Lord Rama.