Areas and Localities in Bahraich 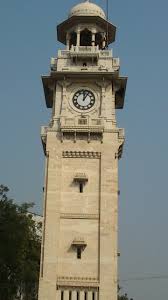 Bahraich is an ancient city in Uttar Pradesh which is located almost 125 kilometers north east to the capital city of Lucknow. Bahraich is located on the banks of River Sarayu and was earlier known as Brahmarchi, in relation to a story related to God Brahma. Bahraich is well connected by roads to other major places in Uttar Pradesh and it also shares international border with Nepal. The dense forests in the district of Bahraich is home to many species of flora and fauna. Hindi, Awadhi and Urdu are the major languages spoken in Bahraich. Majority of the people in Bahraich follow Islam followed by Hinduism. Buddhism, Sikhism and Jainism are the other religions followed.

Jarwal is a Nagar Panchayat and a town in the Bahraich district which is located at an elevation of 117 meters. Jarwal is known in Bahraich mainly for the railway station which lies in the Delhi-Barauni line and is 55 kilometers from the district headquarters. There were many Sufi saints in Jarwal, most of them had their origins in Central Asia and Iran. Allahabad Bank, State Bank of India and Punjab National Bank has branches in Jarwal. Jarwal also has a few educational institutions as well. However, the literacy rate of Jarwal is 34% which is much lower to the national average of 59.5%.

Nanpara is a municipal board and a city in Bahraich. It also has tracts of dense forests along the Nepal border. It is located at an elevation of 132 meters. The region is 36 kilometers from Bahraich and 20 kilometers from the Indo-Nepal border. The place is well connected with Nepal and other places of Bahraich. The town has its significance as it is strategically located along the border. Therefore, it is known for transportation of goods. The Rajas of Nanpara were quite famous till the abolition of Zamindari system in India. Many educational institutions, roads and hospitals were built during their ruling period. The literacy rate in Nanpara is 50%.

Ghantaghar is known as the heart of Bahraich city. It got its name from the clock tower located I this place. It was built during the British period. Ghantaghar is one of the most sought after residential locations in Bahraich. The place has all basic amenities and infrastructure at arm’s length.