Bahraich is a town in the Bahraich district of Uttar Pradesh. It is located on the banks of River Sarayu, a tributary of Ghaghra. Bharaich lies 125 kilometres north east to the capital city of Uttar Pradesh, Lucknow. Bahraich shares international border with Nepal. As per the 2001 census of Government of India, it is scarcely populated with 186223 people. The major languages spoken in Bahraich are Hindi, Awadhi and Urdu. 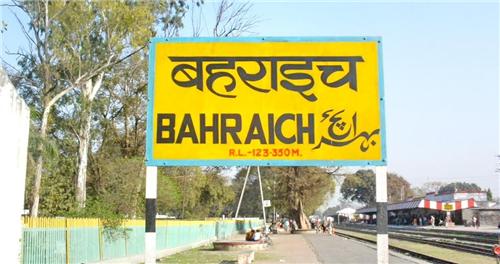 Agriculture is the major occupation for the residents in Bahraich. Rice, wheat, corn, sugarcane, mustard etc are cultivated here. In the British period this was one of the famous markets for pulses and grains. The dense forests in the regions of Nanpara and Bhinga provides timber and herbs. The place is famous for wood which is used for making furniture and building works. Mango and guava trees are also grown here.

Bahraich is well connected by other regions of Uttar Pradesh by roads. Uttar Pradesh Road Transport Corporation connects to Lucknow at every 15 minutes. It is also connected to Kanpur, Allahabad, Delhi, Agra, Haridwar, Varanasi and Bareilly. Though Bahraich is on the Indian Railway route, it is better connected by roads. Auto Rickshaws are other major mode of local transportation.

People of many religions live in harmony in Bahraich. More than half of the population are Muslim followed by Hindus. Other religions include Christianity, Buddhism, Jainism and Sikh.

Origin of the Name Bahraich

Bahraich is located 126 meters above sea level at 27.58o N 81.6oE. It shares local boundaries with the towns of Sitapur, Gonda, Lakhimpur, Barabanki and Balrampur. It also shares international border with Nepal.

Bahraich is an ancient city in Uttar Pradesh which still holds the remains of the Mughal period. Many temples are also there in Bahraich and it has a several monasteries as well. Bahraich has a wild life sanctuary which is one of the world famous regions in spotting gharials in its natural habitat.

How to Reach Bahraich 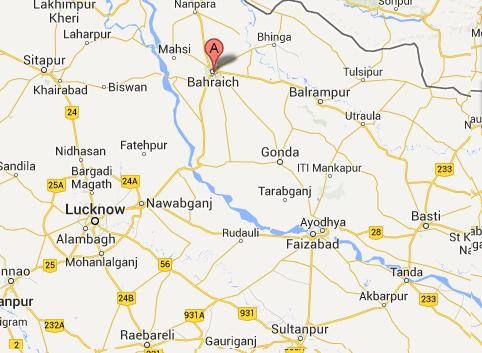 Bahraich is 125 kilometers from Lucknow and can be accessed easily by Road. The nearest airport is Amausi in Lucknow, which is at a distance of approximately 140 kilometres. Railway station in Bahraich can accessed by train from Gonda Junction and Bhojipura Junction.